Fall in France – A Villa in Provence

Recently we had the opportunity to visit some friends in Provence 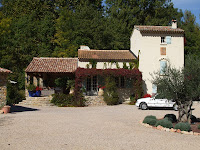 between Nice and Marseille. They live in a small village called Carces and are retired to a nice little villa there. We had heard quite a bit about this wonderful region of France and were looking forward to seeing what types of plants they grew there. We spent a day just getting over the jet lag from the flight, and then we started to explore the grounds. 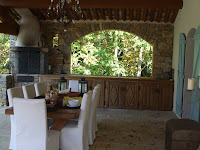 Our friends have a nice sized piece of land surrounding the villa. They rent out their villa to visitors over the summer. When we arrived at the end of September the weather was still incredibly pleasant. We were able to enjoy their gardens during sunny days and brisk nights. 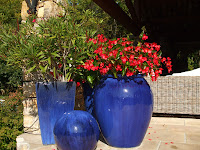 They have a broad open patio and the first thing we noticed was the huge pots of begonias and oleanders. The heat during the summer is incredible in Provence and these plants love the heat! 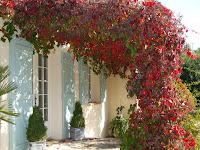 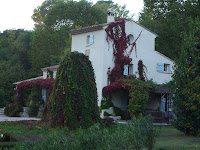 noticed that they had planted Virginia Creeper on the sides of the villa and it had grown to over 3 stories high. 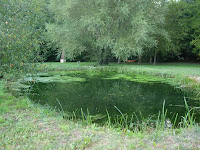 Also located on the property was a pond fed by a canal from a nearby reservoir.


We also enjoyed treats from the trees! 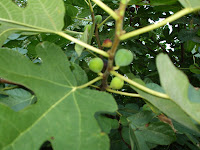 ripening well. Their olive tree in the front drive looked like it had a nice crop as well, though we found out that the olives are not harvested until November. 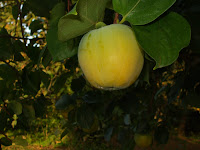 The one concern that our friends had was that the roses were not performing as well as they had seen here in the Pacific Northwest. Still we thought the gardens looked stunning. We would start most days outside for breakfast and end each day on the patio with a glass of the local rose wine. 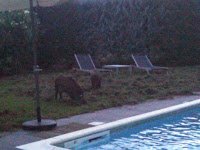 There was one ‘pest’ problem that they had that we don’t have, wild boars! These guys would come in during the night and dig everywhere for grubs and roots to eat. The next morning the ground would be torn apart. I guess I’ll take my mole problems any day instead of these ‘little pigs’.

Next we will travel into the village of Carces and other areas in the south of France.
Posted by Garden Time at 9:47 PM No comments:

Ok, it has been awhile since we have posted anything on the blog…. I guess we have been focused on the Garden Time Magazine. As most of you know, we are just a small crew of people (7 people produce the Garden Time and Fusion shows). We are now busy each month writing articles for the magazine and we have been neglecting the blog. I hope to make up for that in the next few weeks. We have just finished our 6th season of Garden Time and our 3rd season of Fusion. We are very happy with the success of both shows. This past year both shows were on 8 times each week around the state of Oregon and SW Washington. We had 4 stations as partners (KOIN-Portland, KEVU-Eugene, KWVT-Salem, and CGN-Hood River) who were great supporters of the shows. The magazine continues to grow and we are proud that the Gardenpalooza event has become a annual event for everyone in the Portland metro area. We will return in March of 2012 with both shows and we will try to keep in touch through the magazine, websites, Facebook, and the blog!